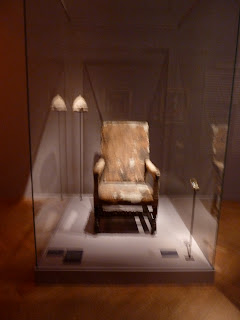 Just found this very exciting new resource that has come out of a project trying to create a kind of historical ‘Facebook’ of medieval Scotland. Using primary documents (mostly charters), historians at the Universities of Glasgow, Edinburgh and King’s College London have created a database of ‘all known people’ in Scotland from the years 1093 to 1286.

Medieval Scotland isn’t exactly my place or period but I’m excited by the project because the idea of using social media technology to understand historical social networks and human interactions is something that really interests me. Last year I attended a launch event at the Science Museum in London for a competition in conjunction with their Cosmos and Culture exhibition, where participants were invited to come up with ways of using the museum’s collections data to create a website. I wasn’t really there as a contender, but I had lots of fun brainstorming ideas with those who were. Being more of a cultural/social historian than a science historian, what I was most keen on was the idea of tracing the social networks between scientists and other people in their historical contexts – making a ‘Facebook’ of the past (you can see our nascent efforts down the bottom on the ideas board next to Caroline Herschel, who paid an inspirational visit from 1797).

In my own research on 17th-/18th-century French artists in Paris, social-networking has often proved a useful analogy as I imagine something like a LinkedIn of the 18C art world: who knew who? in what capacity? for how long? where did they meet? etc etc. Thanks to the Paradox of Medieval Scotland project, I’m now even more convinced that there might be a way of actually using social media web-technologies to map the social networks in which artists moved… not only providing a way of visualising relationships in artistic communities, but actually allowing us to discover hitherto unobserved connections between people.