The last jube in Paris

No, not the sweet. I’m talking about architectural jubes, what the French call a jubé and what is better known in English as a rood screen. This is the architectural element of a church that physically separates the choir from the nave, and hierarchically separates the clergy from the laity during a service. The word comes from the Latin phrase intoned by the celebrant before preaching: “Jube, Domine, Benedicere…”

I’ve just returned from a research trip to Paris, where I visited the church of Saint-Étienne-du-Mont (right next door to the Panthéon in the 5th arrondissement), and witnessed first-hand the last jubé still intact in a Paris church. 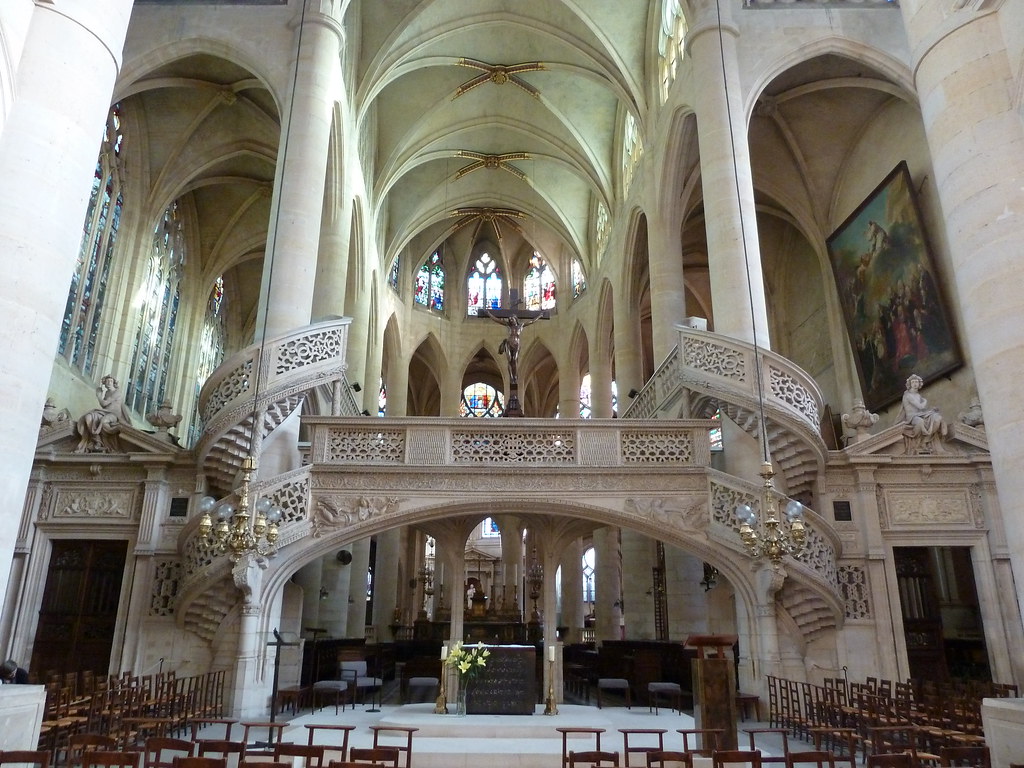 It was built around 1530-45 by Antoine Beaucorps. The impression it makes on the space of the church is incredible – this huge mass of stone which seems to lightly twirl itself around a couple of columns. It’s known for its stylistic eclecticism, combining organic Renaissance decorative elements on a much more Gothic structure, something which was presumably attracting the numerous architecture students sitting sketching it from the nave while I was there (though I managed to hide them behind a column when taking the photograph).

Jubés were mostly removed from French churches during the Counter Reformation, following those decrees from the Council of Trent that emphasised the importance of making the Mass accessible to the congregation. The jubé wasn’t actually condemned by the Council, but its removal was interpreted as a way of quite literally breaking down the barrier that separated the people from the sacred actions of the service. If the jubé of Saint-Étienne-du-Mont is anything to go by, then all I can say is: what a pity!